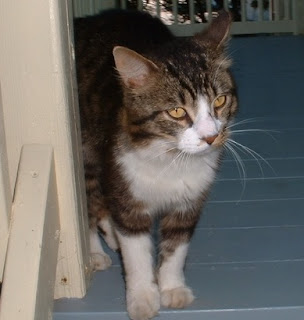 Bowser:
Age: Young (2yrs)
Sex: Male / Neutered
Breed: Main Coon cross
Date Rescued: January 28th 2009
Reason rescued: Bowser is sweet as can be, he is one big baby. Literally - 13lbs of cat. But hey, 13lbs of loove! More to go around right. Bowser wound up in someone’s garage as a kitty and they occasionally gave him food, so he stayed around for 2 years! Finally 2 days before the elderly couple had to move into an old age home they realized the boxes were packed, couched wrapped in plastic, movers booked but wait, the cat in the garage? At least they remembered him. As they were seeking a cheap place to ‘dispose of him’ they did not want to pay veterinary euthanasia fees, and then came across Eleven Eleven Animal Rescue as a cheaper alternative to ‘dispose him’. Point being, he has been rather neglected for the first two years of his life, but now he things have turned around for him and he is looking to find a comfy warm lap to call his. Instead of a cold cement garage floor, for once.
Posted by Eleven Eleven Animal Rescue at 6:14 PM No comments: 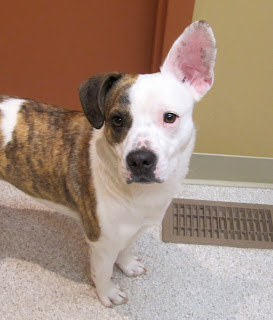 Kodie was picked up as a stray wondering the streets and picked up by Animal Control. Who knows how long he was on the streets for, or if he ever was an indoor dog. But all we know is he is a great pup! He is cute as a button and looks like a 4 month old puppy, most people can not believe it when they are told he is fully grown. He has the cutest little puppy face and will keep it. He is smart as can be, cute as can be, obedient, loyal, loving... goofy. What more can we say? He is one in a million, and is looking for that perfect family to complete. 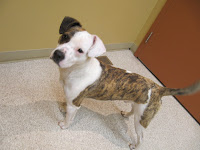 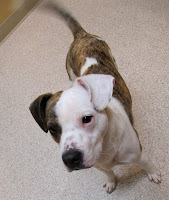 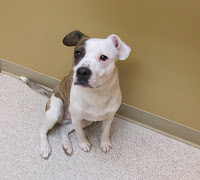 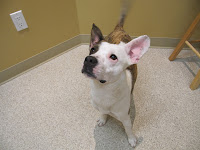 Posted by Eleven Eleven Animal Rescue at 4:46 PM No comments:

Just got news from his foster mum today! Curly is taking concept to house training, and now does most of his business outside. His diharrea has now cleared up, so we can go ahead and neuter him the next free spot. He will then be looking for you know, that special home for him to fill their hearts. 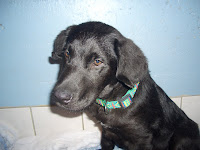 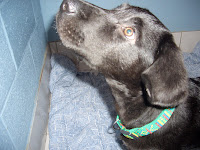 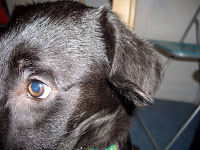 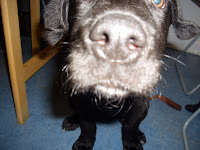 Posted by Eleven Eleven Animal Rescue at 3:52 PM No comments:

Rocco had his surgery last week and is already feeling much better! He is having a check-up at the DMV tomorrow to make sure everything is a-ok. Justin (his owner) and him can not thank everyone enough for what they have done to help Rocco, with out everyones support Justin would not have been able to have this surgery done for Rocco. Although even though the surgery has been done we still have a long way in fundraising to go, we are only 1/3 of the way there for paying off the bill. We still have 2000$ to pay back to the DMV who graciously let us go ahead and have the surgery done before we had the money. The DMV foundation covered 1000$ of the cost, we have paid 1000$ but we still have 2000$ more to go.
To see Rocco's story, or contribute please go here:
http://www.elevenelevenanimalrescue.org/Sponsor_an_Animal.html 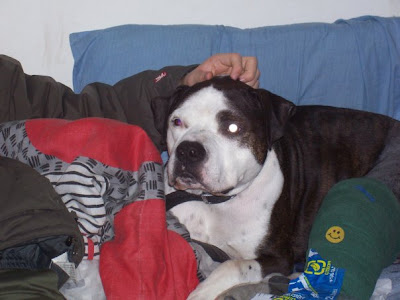 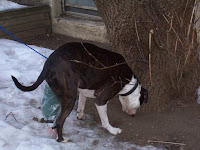 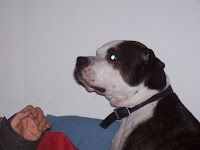 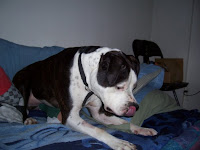 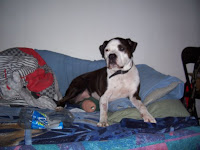 Posted by Eleven Eleven Animal Rescue at 12:11 PM No comments:

We just got this email in.. it is pretty urgent!!! Moustache's owner is moving into an old age home and can not bring him, her alternative is to euthanize if he can not find somewhere to go. He is only a year old and very healthy. Most likely castrated, but we will need to confirm. 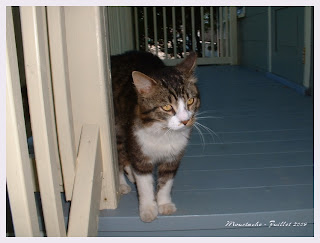 *Rescued - Now waiting to go into a foster home
Posted by Eleven Eleven Animal Rescue at 11:32 AM No comments: 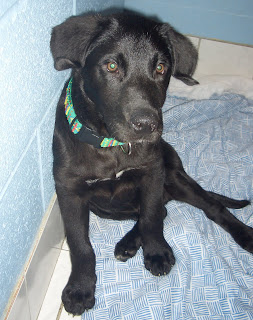 Meet Curly; Curly is the cutest, happiest, sweetest go lucky little pup ever with the typical ‘lets-explore-everything’ lab disposition. Judging by personality and disposition alone, you would have never guessed where he came from or that he has had little to no socialization. No he did not come from a breeder and raised in a family situation for him to be this sweet and well tempered. In fact Curly’s adorable curly ears in which we named him after speak monuments about where he came from. Although his ears are adorable, and yes curl! They became this way due to frost bite, followed by scar tissue which made the ears uniquely curl. Curly, his brother, and his sister were locked on a balcony for god knows how long when his previous owners moved and left the unwanted litter behind. They were left there with no food, water, shelter, or warmth. Finally neighbors complained, and he was picked up by animal control. Eventually due to the over population and demand for cage space, Curly and his siblings found themselves on death row. Curly’s two siblings then got adopted, but the night before his ‘due date’ Curly was still waiting for his turn. Low an behold, Curly was finally rescued and now looking forward to starting a new life.

He is currently under treatments for diarrhea caused by several species of worms. He has had a rainbow of de-wormers, and should be fully rid of the extra friends soon. He is also very underweight, and we would like to see him gain some. Finally once he is feeling better and looking a little healthier, he will be neutered and then ready to be adopted.

Posted by Eleven Eleven Animal Rescue at 8:16 AM No comments:

This little lady was dumped outside and picked up by someone who has spent a month trying to find her a home. She is now at her wits-end and wants to bring her to the Berger Blanc a notoriously high kill pound with questionable morals. Point being this kitty needs a foster home asap! She is sweet as candy, great with kids and other cats, there is no reason for her to be tossed around like yesterdays news. She is a jem, and will be a joy to adopt or foster.
*Adopted!
Posted by Eleven Eleven Animal Rescue at 7:09 PM 2 comments: 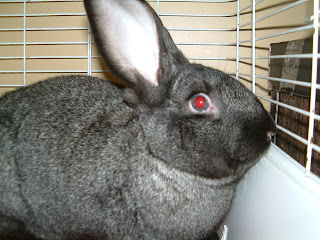 This little lady was rescued the other week after she was brought in by her previous owner to be euthanized. Her previous owner wanted to euthanize her because she became allergic to her. Thankfully she was able to be rescued at the last minute, we saved her from being euthanize as literally the ethanol syringe was being pulled up. She is now safe and sound in her foster home and enjoys plenty of play time outside her large cage. She also enjoys sharing carrots with her new foster family including their Kitty's. She is a great bun, and with such a close call deserves a great new family. One that would not even dream of giving her up or euthanizing her. She is a jem, who ever adopts her will soon realize they are the luckiest bun owners ever.
Posted by Eleven Eleven Animal Rescue at 2:49 PM No comments:

Pebbles has been adopted!

Pebbels was rescued from a feral cat population (#09LA01) in October. She was one of 15 kittens born, and one of the lucky ones that we were able to catch. She has now been adopted by her foster home. She won over his heart, and his cat's heart and he can not bare to separate them. She is the sister of Bambi, who we still have up for adoption! Bambi is the last kitten from this population to be adopted.
Posted by Eleven Eleven Animal Rescue at 12:38 PM No comments:

Hard to imagine just a few weeks ago this little guy was roughing it outside, and completely feral!
Posted by Eleven Eleven Animal Rescue at 8:21 AM No comments: