A live trap was set last night at 1am, by 6am the first one was caught. A little timid long hair, tabby, female. The trap was set again and by 11:30 the second one was caught. Again a female, tabby, but shore hair. The second one much more fearful. They were both riddled with fleas and have a distended belly full of worms. They have been veterinary checked, de-wormed with milbemax (which kills; tape worms, round worms, and hookworms) and Revolution (which kills; mites, round worms, and fleas). They were also given a capstar, which kills adults fleas within hours. Other that that they are both healthy little girls, with no signs of disease or upper respiratory infections.
The trap was left again at 1pm, hopefully we will have the third one by tonight!
Also the mother was sighted this morning when the second trap was set. Shes a some what timid, but still very gentle, young, tortishell. I am hoping to catch her aswell and get her fixed and hopefully adopted.
Posted by Eleven Eleven Animal Rescue at 1:37 PM 1 comment:

The live trap has been set tonight, hopefully everything will go well and i should have all the little buggers by tomorrow. Also apparently their has been a sighting of their mother. After i catch them i will try and catch the mother to get her fixed, and then depending on temperment either placed or re-released. The kittens will be going to their foster homes Sunday night.
Posted by Eleven Eleven Animal Rescue at 8:37 PM No comments:

Krysten, an amazing person an fellow animals lover will be taking on the task of fostering these babies. Along with her friend Partick, who will be taking two of them and Krysten one. Good news! They will be socializing them, because they have had no human contact, and hopefully they will be ready for adoption within the next few weeks. I should be receiving them either tomorrow or Monday, after somehow managing to catch them. Pictures will be up as soon as i get them!
Posted by Eleven Eleven Animal Rescue at 7:17 AM No comments: 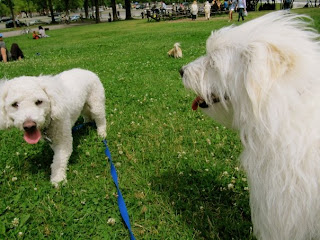 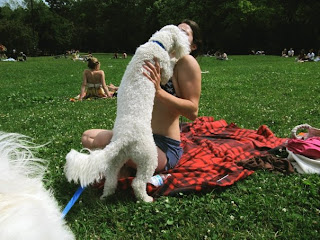 Archie at tam tams before he got adopted, giving kisses.
Posted by Eleven Eleven Animal Rescue at 8:39 PM No comments: 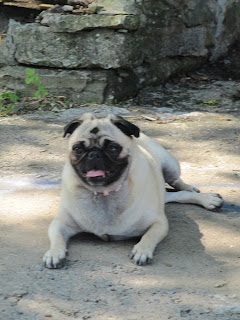 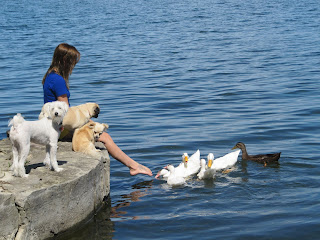 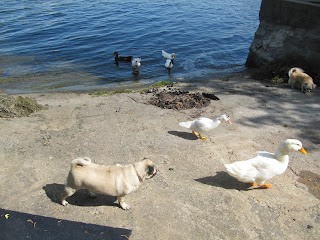 Posted by Eleven Eleven Animal Rescue at 8:15 PM No comments: